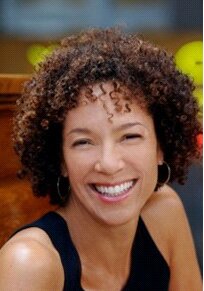 Eight members of the Academy of Motion Picture Arts and Sciences will be traveling to Rwanda for an educational and cultural exchange with Africa Filmmakers, students and the local creative communities on July 17. The delegation arrived in Nairobi on Saturday, July 9. They will return to the U.S. on Sunday, July 24

In Rwanda, the delegates will inaugurate the KWETU Film Institute, a professional training center, and lead master classes for students and filmmakers. The group will also take part in the opening night of the Rwanda Film Festival, held in Kigali, and its regional festival “Hillywood,” which presents open-air screenings of African films for audiences of up to 10,000 people per night in the hills region of the country. This trip is being undertaken as part of the Academy’s International Outreach Initiative, which has previously sent members to Vietnam, Iran and Cuba.

The itinerary in Nairobi includes numerous workshops and seminars at One Fine Day – Films (formerly known as FilmAfrica!), a training facility where more than 65 student filmmakers from nine African countries gain experience in a variety of filmmaking disciplines and collaborate on a feature-length production.

In addition, several delegates will present and discuss a film from their career; films to be screened include “Silverado” (Bailey and Littleton) and “The Shawshank Redemption” (Burton). Academy members will also visit the Kakuma refugee camp near the Sudanese border, where they will experience the work of FilmAid International (an Academy Institutional Grants beneficiary), a non-governmental organization that provides film training and open-air screenings to help address social and medical issues affecting long-term camp residents, and the community of Kibera, a large Nairobi slum.