Rwanda is a rising star of African Film 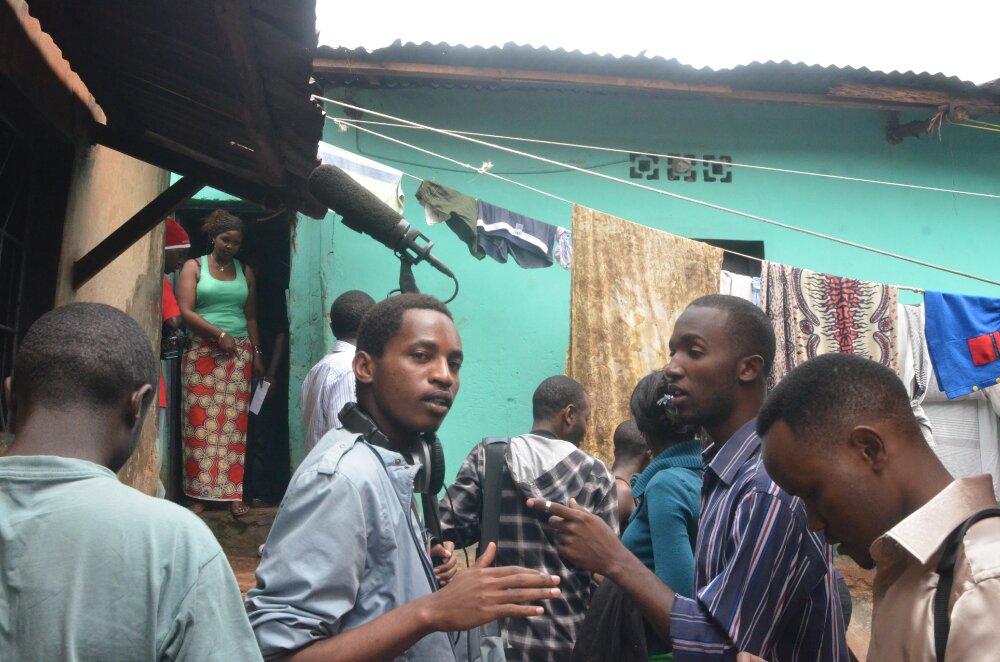 Over the past few years, Rwanda has emerged as one of Africa’s success stories and one of the biggest success stories in the world. Politically, economically and socially Rwanda has made reforms that have seen it emerge from the devastation caused by the 1994 Genocide against the Tutsis and become a leading destination for both tourists and investors.
As a country, Rwanda is committed to strengthening its core economic sectors including its coffee and tea sectors, its tourism industry, and generating investments in other key areas. As a travel and investment destination, the country has myriad of opportunities for those willing to be a part of its growth. With great diversity, innovation and vision in such a small country, Rwanda is destined to be an economic, ICT and cultural hub in the region. 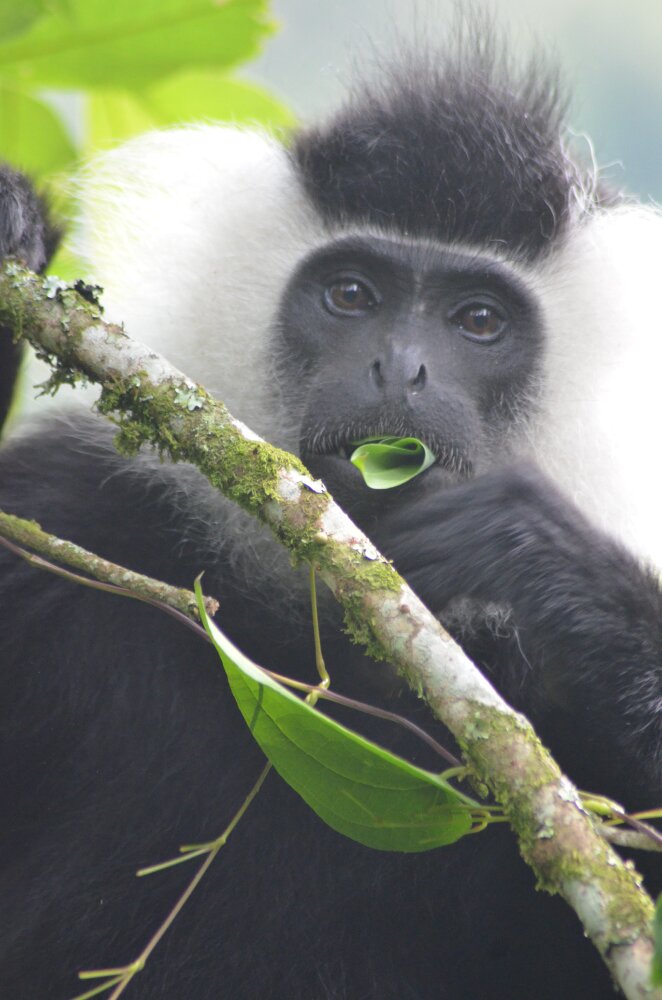 Arts and Culture in Rwanda

The richness of Rwanda’s culture including its visual arts, performing arts, poetry and lifestyle is incredibly diverse for a people that speak one language and occupy a small country in the heart of Africa. The country’s historical and cultural sites, cultural spaces and festivals have recently been given more attention and support regionally and globally as Rwandans find various ways to express the uniqueness of their country and its people.
Among the featured cultural festivals on the Rwandan calendar are the PanAfrican Dance Festival (FESPAD), the Ingoma Nshya Drum Festival, and the Rwanda Film Festival. These events bring local, regional and international participants and enthusiasts together to create unique and memorable experiences. The festivals also foster an environment for young Rwandans to learn from others in their creative fields as well as to create unique performances and films produced by Rwandans.

“Seventeen years after the genocide that tore this country apart killing more than 800,000 in just 100 days there is a palpable sense of renewal in Rwanda.
Health and economic indicators are on the rise and the nation is leading the way on the continent in business reform and anticorruption practices.
Now the country’s artists writers, directors and actors are telling their own stories on their own terms. Known as the Land of a Thousand Hills, Rwanda is trying to become Hillywood and Rwandan filmmakers hope to have a place in the international film spectrum that is shaking up the developing world with India’s Bollywood rivaling Hollywood and Nigeria’s Nollywood trying to catch up” – Steve Terill, Los Angeles Times

According to H.E. Paul Kagame, the President of Rwanda, “the story of Rwandan film is essentially the story of Rwanda itself.” It is an industry that literally started with nothing, and that has grown through creativity, vision, collaboration, and partnership.
The Rwanda Film Festival is an exceptional event that it brings the art of cinema and an appreciation of film to local communities, film students, enthusiastic film goers, and to the leadership of the country.

A major opportunity currently exists for a new wave of cinema output, with current efforts and new productions making it onto the international market. Partners and friendships with luminaries in the film industry regionally and abroad are helping to boost this vital category of the industry.
Rwanda is uniquely positioned as a gateway for ICT in East and Central Africa. From an international perspective, this provides a great––and present–– advantage point from which to base projects.

Art and Culture is one of the elements that binds Rwanda all together; one land, one language one culture and this is our identity. Cinema is one of the strongest tools to portray that and we are embarking with us on a journey of providing and laying foundation for a better future for our country and our continent On this note we invite everyone to come and visit the land of a thousand hills commonly known in the film industry as HILLYWOOD. Mitali. K. Protais
Rwanda’s Minister of Sports and Culture 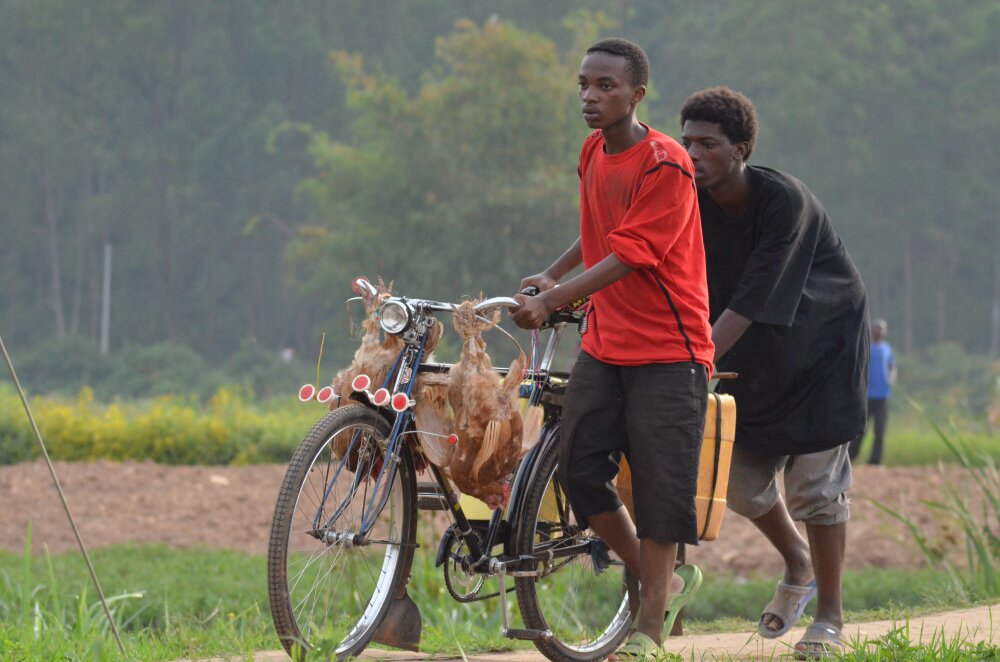 With screenings from Kigali’s major hotels and venues to large fields in rural areas via the inflatable mobile cinema the Rwanda Film Festival, also known as “Hillywood”, is a country-­wide experience. Workshops from experts in film production, directing, technical elements and acting provide the opportunity for Rwandans to learn skills they may not otherwise access, creating a new generation of film makers, directors and actors in the country.
“This is a great opportunity for you to explore your talents in this new innovative discipline of film making”, the Permanent Secretary in the Ministry of Sports and Culture encouraging students at
Kwetu Film Institute to take advantage of the growing industry and consider film as a potential career.

Eric Kabera has been involved in the African film industry for nearly twenty years. He started the Link Media Productions Company in 1997 through which he produced numerous films
and documentaries including 100 Days the first feature film about Rwanda, Keepers of Memory, Through My Eyes, Me’res Courage and most recently Iseta: Behind the Roadblock. In 2002 Kabera founded the Rwanda Cinema Center which in his words, “was to grant young Rwandan men and women the responsibility of telling their own stories, through their own eyes.”

In 2011 Kabera formed the Kwetu Film Institute, and stated that it is a “space that would be teaching and exposing our young generation in Rwanda and East Africa to the new medium of communication and the Cinematic Arts.” As a state of the art facility, it is intended to link Rwanda to the rest of the world, telling Rwandan stories and sharing them globally. The Kwetu Film Institute is a center of academic excellence for exploring new kinds of communication, cultural expression, and regional civic engagement. Through cinematic education and training, including programs in film, television and mobile cinema, as well as supporting programs in the performing arts, Kwetu provide East Africa with a holistic, sustainable and internationally recognized media training facility.

In July 2011 eight members of the Academy of Motion Picture Arts and Sciences traveled to Rwanda for an educational and cultural exchange with African filmmakers, students and the local
creative community. Delegates inaugurated the Kwetu Film Institute, a professional training center and lead master classes for students and filmmakers. Renowned actress Alfre Woodard was part
of the delegation and taught a master class to some of Rwanda’s emerging actors and performers. The trip was taken as part of the Academy’s International Outreach Initiative which brings delegations of film artists to countries with developing film industries and creates opportunities for creative conversations between emerging and established filmmakers.

The growth of Rwanda’s film industry has been due in a large part to the partnerships and generous contributions of individuals and institutions enthusiastic to see the industry develop.
We encourage you to engage with the Kwetu Film Institute to support film projects, teach courses to the country’s budding film makers, and partner to complete the Rwanda Cinema Center movie
theatre which is currently under construction. So far the movie theatre has the support of the Africa Channel, Monica and Philip Rosenthal, creators of Everybody Loves Raymond; John Turtletaub, director of National Treasure;; George Alagiah, BBC journalist, anchor
and presenter;; and Volker Schlondorff, Oscar winner for Tin Drum.
Your support in developing projects within Rwanda and creating an environment to showcase these films, to learn, and to teach will enable Rwanda’s film industry to thrive. 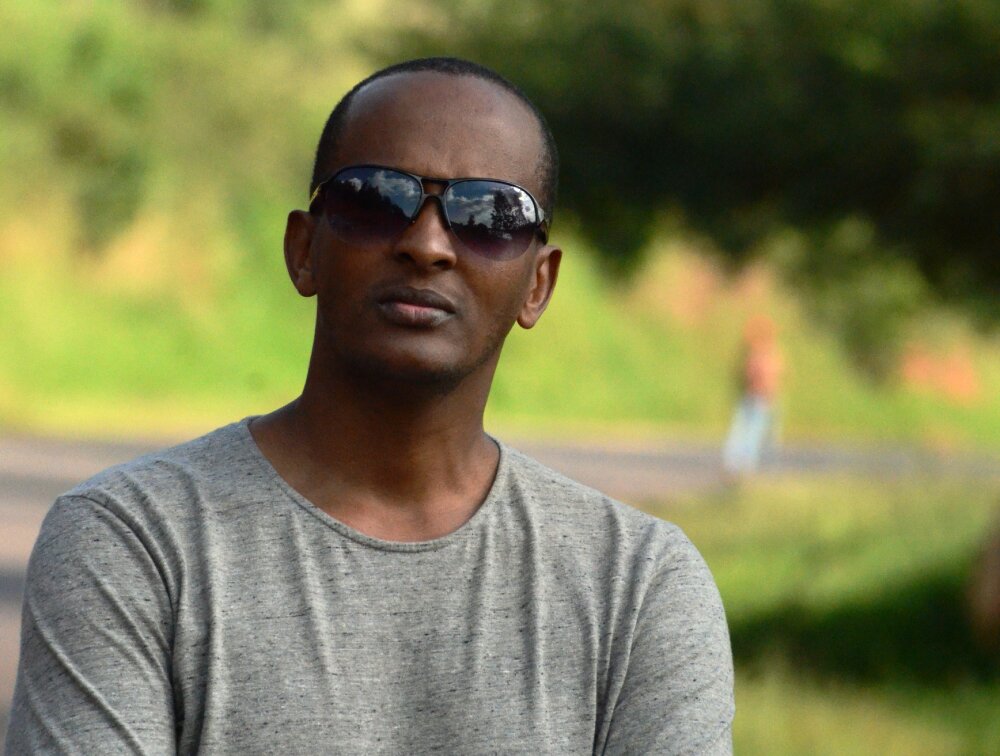 “Our festival stands out on the African continent and internationally. When kids see this giant inflatable screen blow up and the images projected on it, they feel both entertained and empowered”
Eric Kabera, July 2011, Los Angeles Times

“We need more ways to express ourselves. There is no shortage of stories waiting to be told in Rwanda and even the poorest people deserve to be heard and to tell their stories in their own words”
Ishmael Ntihabose, producer of Kinyarwanda, July 2011, Los Angeles Times

“It was really exciting working with the people here because the industry is blossoming. The young people that we met don’t only want to write, they want to act, edit and produce. They are very aware of how each discipline fits together to create a film set”
Alfre Woodard, July 2011

Rwanda as a filmmaking destination

Majestic mountain ranges, countless rolling hills, beautiful savannah stretching out as far as the eye can see, cool deep lakes with lush green shores and possibly the cleanest capital city on
the continent with the best views at sunset, Rwanda is a perfect destination for film makers making movies not only set in Rwanda but set in any other country.