Lokua Kanza Does it Again! 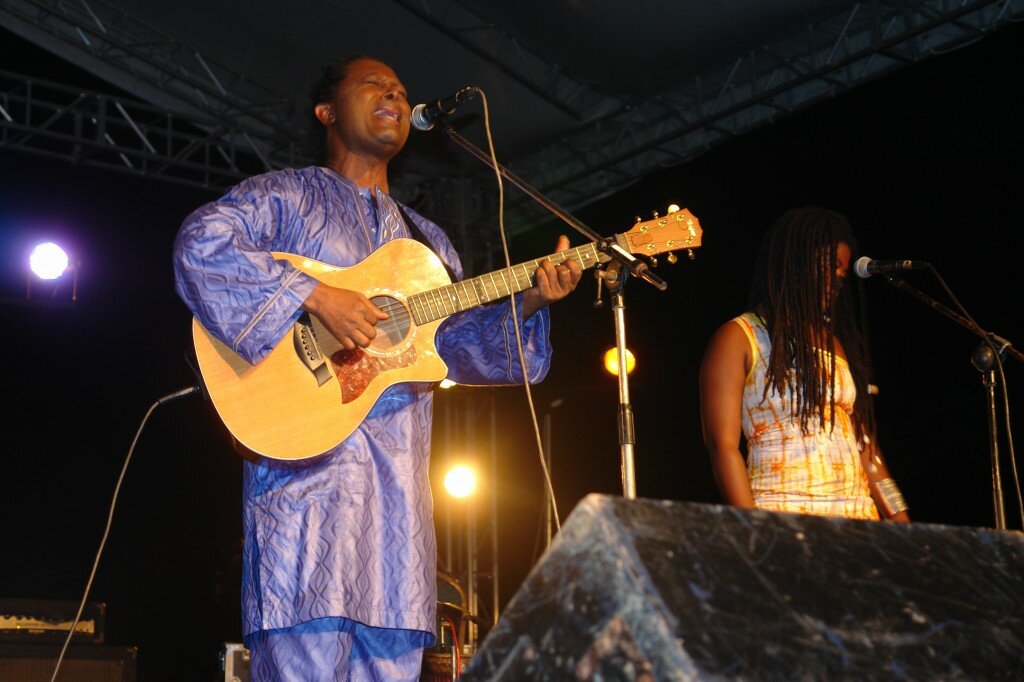 DESPITE a heavy downpour, KigaliUp! Music Festival lived up to expectations by serving up the finest undiluted performances from home and abroad.

By the same token, the fairly well-attended show at the roundabout of Primature in Kimihurura, a suburb of Kigali, delivered on its promise as the first major celebration of music in the country.

The Rwandan rhythms became the highpoint of the night, with Mighty Popo and his backup singers, displaying dexterity, elegance and impassioned performances as he brought the show to its climax with traditional music.

Exactly five years ago, Juno Award-winning Rwandan-Canadian artiste Mighty Popo, had a vision of bringing together different artistes to perform in Rwanda.

“I have always wanted to pay back to Rwanda and I am glad that the festival finally happened,” Mighty Popo said.

The singer, real name Jacques Murigande added: “It was not easy at all to make my dream come true because I did not have enough money.”

“I started contacting different people to support the project and even performed in people’s homes and I saved money,” he added.

Different artistes kept the revellers on their toes, with their scorching performances, despite the unfriendly weather.

If anyone rocked the festival late-evening, that was the smooth Congolese Jazz maestro Lokua Kanza – Singer, songwriter, and composer. His musical trademark is intact and perhaps better presented than ever. The characteristic guitar themes, often based on a gliding chord-like structure as opposed to singular notes, make his sound easily recognizable.

Last year he thrilled his fans with his unique performances at the Rwanda Film Festival. He still has full power and control of his voice, making some passages terrific not only in technical execution, but also in expression, especially with a song such as ‘Mama ndagukunda.’ (Mum I love you)

The highlight of the evening came when Lokua was alone on stage, entertaining the revellers at close hand, with anecdotes as he drifted through a medley of his many compositions. Creating a rare intimacy and honoring requests from the audience.

The KigaliUp! came alive with two stages and the sound equipment was friendly. Other events on the festival’s calendar included a marketplace, beer garden and a family zone.

Rwanda music fans have a reason to look forward to the next edition of KigaliUp festival mid next year.